How Alternative Education Can Lead to Discussion, Campaigns and Action

The culture of care and compassion at Sands often seems to extend to issues that are outside of the school community.

This year I bought a copy of Greta Thunberg’s book ‘No One Is Too Small to Make a Difference’ into the school. When I presented it to a group of students in the office, in the hopes that I could pass it onto someone who would enjoy it as much as I had, I was politely turned down by the group, who all excitedly exclaimed that they had read it already.

Once a week the student body meets to have a meeting which exclusively discusses the environment. What I noted, while attending these meetings as a supply teacher and ex-student, was that even the youngest child in the meeting seemed to understand the importance of this issue. Discussion often revolved around four questions.

How could the school make a difference to the decisions of policy makers?
What could the school do to reduce their impact on the environment?
How should the school represent its values to the wider community?
What news was there of research or otherwise that needed to be shared?

The students always seemed keen to follow up these meetings and this made the following actions possible.

Children from every year groups went on all the Friday marches to protest the lack of adequate government response to climate breakdown. Students and staff collected all of the plastic used by the school in a week and dumped it in the middle of the school meeting to demonstrate how much waste the school created (leading to a long discussion and several other initiatives). 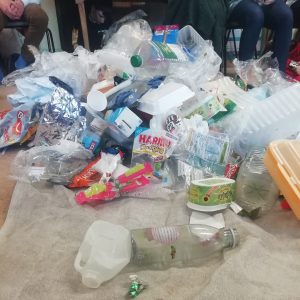 A Waste Free Wednesday was started, where all the bins were removed for a day and all the students had to take their rubbish home with them.

Trees were planted in the grounds. Students went to the coast and spent the afternoon collecting plastic and playing on the beach.

Lots of discussions were had about where our food comes from and the benefits of buying local.

Many discussions were had about the pros and cons of having vegan school lunches. 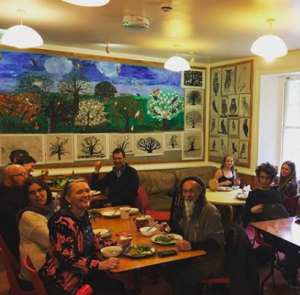 The school started making oat milk for tea and coffee.

There was a visit and talk from Precious Plastics, an international plastic recycling project. 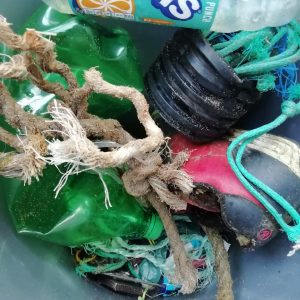 There was a presentation of a rewilding project at Knepp Farm and this resulted in a plan for a Y group residential trip (now to happen after lockdown).

The school did an art project painting our native birds. 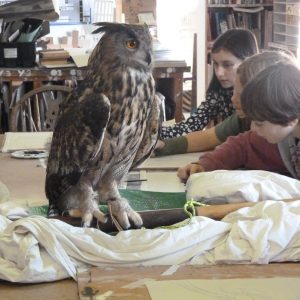 A student put up bird feeders and took on the job of re-filling them regularly.

The school’s gas supplier was switched to a green one.

There were discussions about reducing energy use in the building – switching off lights when leaving rooms etc.

Finally, a decision was reached not to fly for school trips. 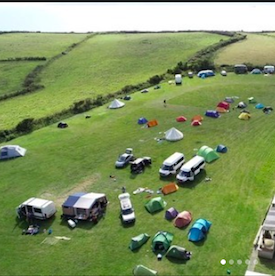 All of these are an example of the type of education that is possible at Sands, because the school has induced an environment in which children can have meaningful discourse and drive action on real world issues.